Last Oktober F-one International invited me to the international dealer meeting, that was held in Dahkla in the south of Morocco.  At 10 in the morning I met up whit Marc and Rolf from F-one Benelux on the Amsterdam Airport. Morocco is not that far but getting all the way to Dakhla can take a while because there is no direct flight from Amsterdam. 3 flights a bus ride and 12 hours later we arrived at Hotel Dakhla Club. Since we arrived at such a late hour the area was too dark to explore. My bed was quite comfy  after such a long travel though.

The next morning we woke up in the Kitesurfer's paradise, It was located the middle of the desert. It’s already Oktober and its getting colder in the Netherlands, so it’s nice to feel the warm sun on your face. Since we arrived late the night before, I did not get to meet the F-one family. So before breakfast we all got together. A lot of new faces, but also a lot of familiar ones. its nice the see all the people you usually  get speak with over the phone or by email.

F-one is a France kiteboarding brand based in Montpellier. 2 years ago I had the honer to go to the main office and meet a lot of the people of the company. During this meeting there were al lot of the F-one team riders, to talk about the gear they have been testing and designing over the last year.

The F-one meeting program is adapted on the wind and waves forecast. the wind in the lagoon will pick up at around lunch time, well at least on a normal day in Dakhla. but of course we also have to check up  on the waves in the Atlantic side. The wind forecast looked really good for the whole week, unfortunately the waves didn’t. They planned the meetings in the morning before lunch, so we could test out all the new gear in the afternoon.

The first morning we talked about the newest discipline in kitesurfing that is growing really fast in its popularity “Hydro foiling”. As I mention before F-one is a French based brand. The Foil scene in France is way ahead from the rest of Europe, As you would expect from a French kitesurfing brand. They are fully focused on their foil program and miles ahead from the other kite brands. They have a big varieties of foils for all the different disciplines within the Hydrofoil Kitesurfing. The F-one foil range will have a option for every one. If you’re a complete beginner or weekend warrior that just wants to cruise in light winds or if you’re competing in the local kitefoil cup here on the Brouwersdam, they have it all.Every morning we discussed a different subject, we started with foils.  The next morning we took on kites and so on.

They had a lot to talk about, since there were a lot of new products comming out this year. F-one used to only have the Bandit as an kite, which still is their main focus. But with a  rapidly evolving sport as kitesurfing, and the demand in different disciplines growing they are forced to make their products more specific to their customers needs.  For 2018 F-one made a brand new Freestyle kite and board named WTF ( do you need the translation? ;). Both the Kite and board are developed together with the boys form the freestyle team to be perfected to the last inch and Win The Freestyle. The WTF Kite is a pure 5 line C kite with the perfect combo of Pop and Slack. The board is a completely new design with also a new outline to be the most efficient to get the pop, a flat deck to easily fit boot bindings on.F-one really puts in effort every year to create the best possible product on the market.

For 2018 there are a lot of adjustments on the existing products and a bunch of brand new kites, boards and foils. Here at the Brouwersdam we will have the full range of F-one kites, surfboards, Twin Tips and Foils for you to see, feel and ride.

Don’t hesitate to try them all out. Or if you’re not able to come to the Brouwerdam, but  still have some question or doubts about any of the F-one products just give us a call or ride us a email. 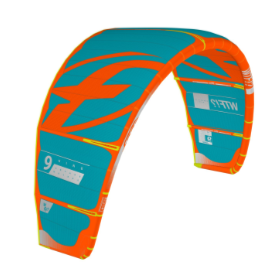 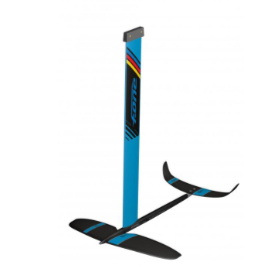 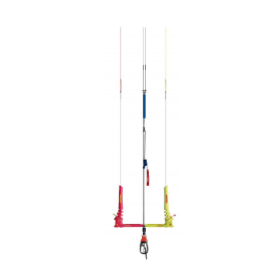